What do you picture when you think of dragons? Fire-breathers? Winged-lizards?

Dragons are common in fantasy, whether it’s the traditional kind or a unique interpretation.

In recent literature, such as Eragon and Harry Potter, dragons are often depicted as fire-spewing reptiles, with both legs and wings.

The origin of this type of dragon was a more serpentine creature, which is still the popular form for the Chinese dragon. 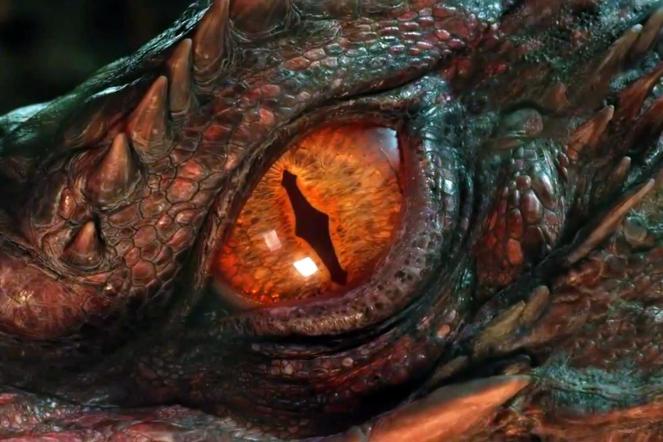 We can’t forget Smaug, the fire-breathing nemesis of The Hobbit, but Tolkien envisioned another kind of dragon too. In Middle Earth, Tolkien seems to use the terms ‘dragon’ and ‘drake’ interchangeably, especially when referring to certain types of dragons.

“There were dragons in the waste beyond; and after many years they became strong again and multiplied, and they made war on the Dwarves and plundered their works. At last Dáin I, together with Frór his second son, was slain at the doors of his hall by a great cold-drake.” – Tolkien; The Lord of the Rings, Appendix A

Cold-drakes could not breathe fire, but not much else is known about them. Just imagine the chilling terror of such a powerful creature, encased in ice-cold scales!

The Hobbit, which uses both ‘dragon’ and ‘drake’, was published in 1937, when the term ‘drake’ was actually more popular than ‘dragon’ in books. You can see this in the following Google Ngram graph:

(Note that these results could be influenced by the usage of other definitions of ‘drake’).

The graph also illustrates that people are writing more and more about dragons over time – at least within the corpus of Google Books.

How does this fascination with dragons carry-over into reality? Enter dragon-scale ice!

This so-called dragon-scale (or “dragon skin”) ice was recently spotted in Antarctica – for the first time in a decade! The idea of ice and dragons doesn’t seem so incongruous after we broaden the dragon canon to include cold-drakes.

PIPERS: Polynyas, Ice production, and seasonal Evolution in the Ross Sea, is a scientific expedition exploring ice near Antarctica.

A poylnya is an area of unfrozen ocean completely surrounded by sea ice. Very strong katabatic winds can create this dragon-scale ice at the edge of a poylnya. Scientist Jean-Louis Tison explains it all in “A Tale of the Dragon Skin Sea Ice”.

With the popularity of dragons as established mythical creatures, it’s no surprise that these reports from the PIPERS scientists about dragon-scale ice captured the public interest.